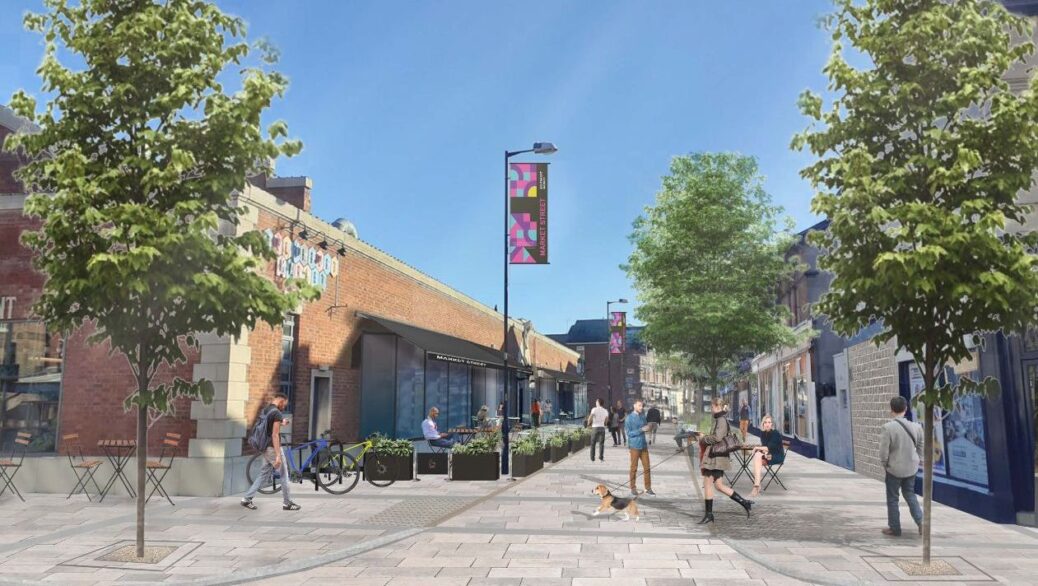 The famous days when Southport inspired the boulevards of Paris are behind current proposals to enhance Southport town centre.

The ambition is to see Southport transformed into “a thriving, vibrant visitor destination”, that “gives people a reason to visit and stay for longer”.

The £2.5million funding has been secured through Southport Town Deal, with ambitions to secure a total of £12.75million support to improve more areas of the town centre.

The scheme’s first phase is all set to commence after a £2.5 million business case was approved by the Government.

“We all know the famous story that, while living in exile in Southport in 1838, Prince Louis Napoleon, later Emperor Napoleon III, was so inspired by the grandeur of Lord Street that he ordered Baron Haussmann to model the reconstruction of Paris on it.

“Les Transformations de Paris made the French capital the “Southport of the South”.

“Les Transformations de Southport will ensure we again fulfil the potential of our public realm spaces.”

connections and routes across the town centre.

It will also see new public event spaces at the heart of what was the country’s second most popular tourist destination.

A public consultation held earlier this year showed a very positive response from residents and visitors to the proposals.

However, Sefton Council is keen to ensure anyone affected by the works is kept closely informed and that any potential issues are addressed to minimise disruption.

The council has written to residents and businesses in the area to keep them up to speed with Phase One of the project’s progression. The council will also be consulting further with businesses and other stakeholders in the Market Street area to ensure that any issues that they have are identified and can be addressed as part of the design process.

Work is expected to start on the changes to Market Street, King Street, Eastbank Street and Chapel Street in early 2023.

The future phases of the project are being developed and will be delivered as funding becomes available.

“When we first carried out our extensive Les Transformations De Southport consultation, the need for maintenance of existing infrastructure to create safe spaces accessible for all emerged strongly as priorities and we received strong and broad support to press ahead with a series of improvements.

“Phase One of those improvements will focus on the areas around Market Street, King Street and Eastbank Street, which has already seen a huge uplift in footfall thanks to the addition of the incredible Southport Market revamp.

“These works are a key next step in the delivery of the Southport Town Deal and complement the exciting projects of the Marine Lake Events Centre and the Enterprise Arcade.

“Sefton Council and our partners on the Town Deal Board want to see Southport transformed into a thriving, vibrant visitor destination.

“We want to give people a reason to visit and stay for longer.

“We believe that projects and attractions such as these, along with the recently completed Southport Market, will act as a catalyst for emerging private sector investment across the town centre and will create a genuinely unique visitor experience and will only serve to strengthen our visitor economy.

“We’re putting Southport back on the map. Vive la Southport!”