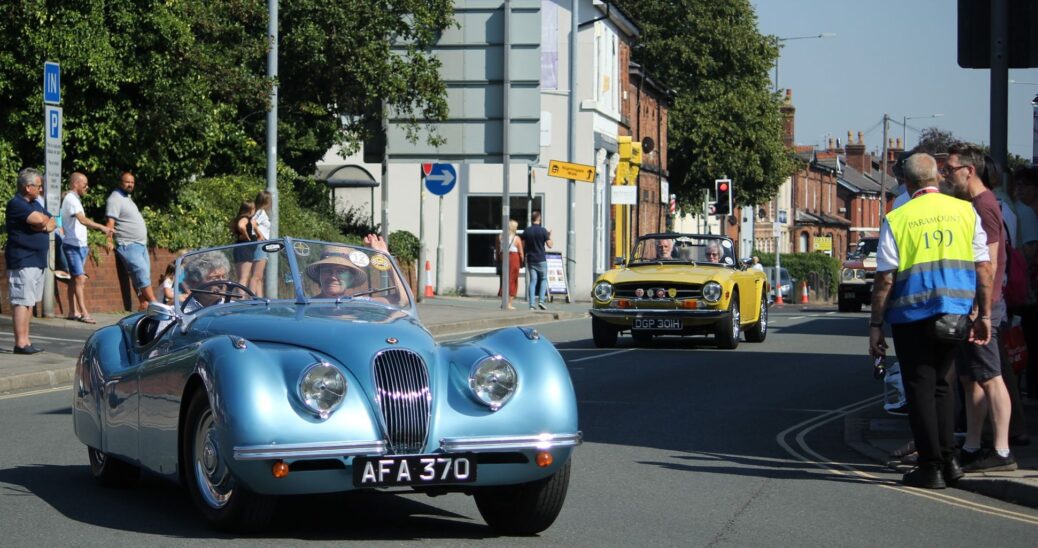 Thousands of people are expected to head to Southport this October to enjoy a brand new event celebrating some of the greatest cars and other vehicles ever made.

The first ever Southport Classic and Speed, presented by Cataclean, takes place at Victoria Park in Southport between 10am and 5pm on Sunday, 10th October, followed by a grand parade of classic cars through Southport starting at 5.30pm.

Admission to the event is free. Added attractions will include marque and car club displays, local crafts, food and drink stalls and a shopping village.

The stunning showcase is being organised by Aintree Circuit Club, which already runs the very successful Ormskirk Motorfest in Lancashire.

Event organiser Mike Ashcroft said: “Southport Classic and Speed is a brand new event! It is free admission for the public to attend.

“Our oldest vehicle on display at the show was built in 1899 – we will literally be representing three decades of motoring.

“We have got a Gladiator, the same type of car that was driven by Dorothy Levitt, the first British lady ever to take part in a competitive speed event, in Southport in 1903.

“There will be a number of pre First World War cars on display.

“We have got some really good, unique cars, from right through the decades.

“We are always keen to include more, but will be closing entries on Monday, 20th September.

“There will also be a number of trade stands there, and good quality catering. Porsche Centre Preston will be bringing along some Porsche classics, while various car clubs will be in attendance. If a car club brings 10 cars, we will give them their own display area.

“The whole event is designed to bring more people into Southport. It extends the season for the town.

“We estimate that around 10,000 people will turn up to enjoy the Southport Classic and Speed event at Victoria Park and to see the parade of cars in town, similar numbers to our first Motorfest which was held in Ormskirk.

“We are bringing visitors into Southport which will benefit many local businesses. At the last Ormskirk Motorfest, official council figures showed that there were 42,000 people there. Many of the businesses in the town told us that they had enjoyed three weeks worth of trading in just one day. It is like repeating Christmas. We are excited to see how it goes in Southport.

“We want to get the event established, we want people to come and have a great day out this October, and we want to really develop the event from there.”

Visitors to the free Southport Classic and Speed event on Sunday, 10th October will be able to enjoy something very new and different for the town.

Mike Ashcroft said: “This will be a really unique spectacle. People coming to Victoria Park will have never seen lots of the cars on display there in their lifetime.

“The event has huge potential. We are hoping next year to introduce competitive elements, such as trying to get some beach racing back, or to utilise Marine Drive. It will be slightly earlier in the calendar next year. We want to really build on the great motoring history that Southport has. 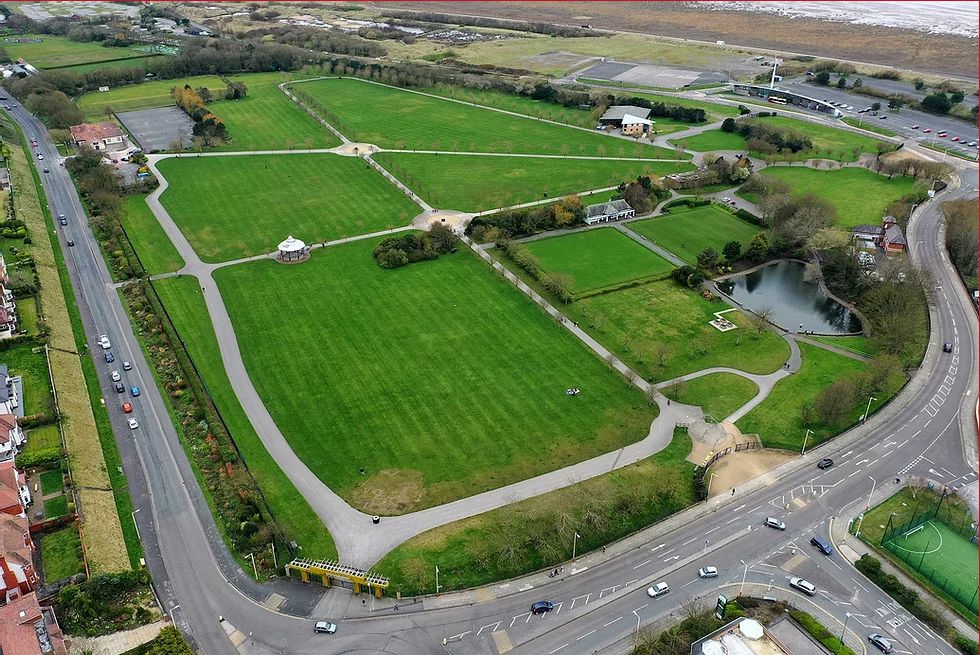 “There were 24 car manufacturers in Southport at one point. Southport was very affluent, and this really reflected that.

“The model for our event is similar to Ormskirk Motorfest, which we have been running successfully since 2011.

“Sefton Council Tourism Service Manager Mark Catherall approached us two years ago to come and do something similar to Ormskirk Motorfest here in Southport. Then the Covid pandemic came along.

“Mark had been speaking to Southport Flower Show General Manager Alan Adams about the idea, and we thought it would be perfect to stage this event at Victoria Park. Sefton Council was very keen to see a new motoring event in Southport which is properly organised and well run. “Then we spoke about the idea of staging a parade in Southport. People love to see and hear classic cars moving.

“Southport has a great motorsport heritage, going back to 1903 when the Speed Trials took place. This was a really prestigious event, on a national scale. Then you had the land speed record on Southport Beach, and sand racing. It has all been a little forgotten in time.”

Using their long-standing 67-year history and their expertise in organising events, Aintree Circuit Club and its partners Sefton Council Tourism along with Southport Flower Show and Victoria Park Events are doing all they can to ensure that the Southport Classic and Speed is hugely enjoyable, highly organised and very safe.

Mike Ashcroft said: “The whole event is outdoors, it will be very safe for people who attend.

“We will be double spacing all the cars on display, it will be a safe event for people.”

The centrepiece of the event will be a fabulous, themed display of veteran, vintage, classic and modern cars from all periods, followed by a grand parade along Lord Street and the promenade, the location of the original 1903 Speed Trial course.

The 60th anniversary of Jaguar E-type and Mini-Cooper will be a main attraction and Premium Class FREE entry is still open for owners of these iconic E-type and all 1960s Minis.

Admission for all members of the family at Southport Classic and Speed will be completely free.

Entries are invited from all eras of motoring history.

Entry for this historic event is just £15 per car, which includes a souvenir rally plate and free entry in the Grand Parade. All entries will qualify for “Judges Favourites” Class Awards 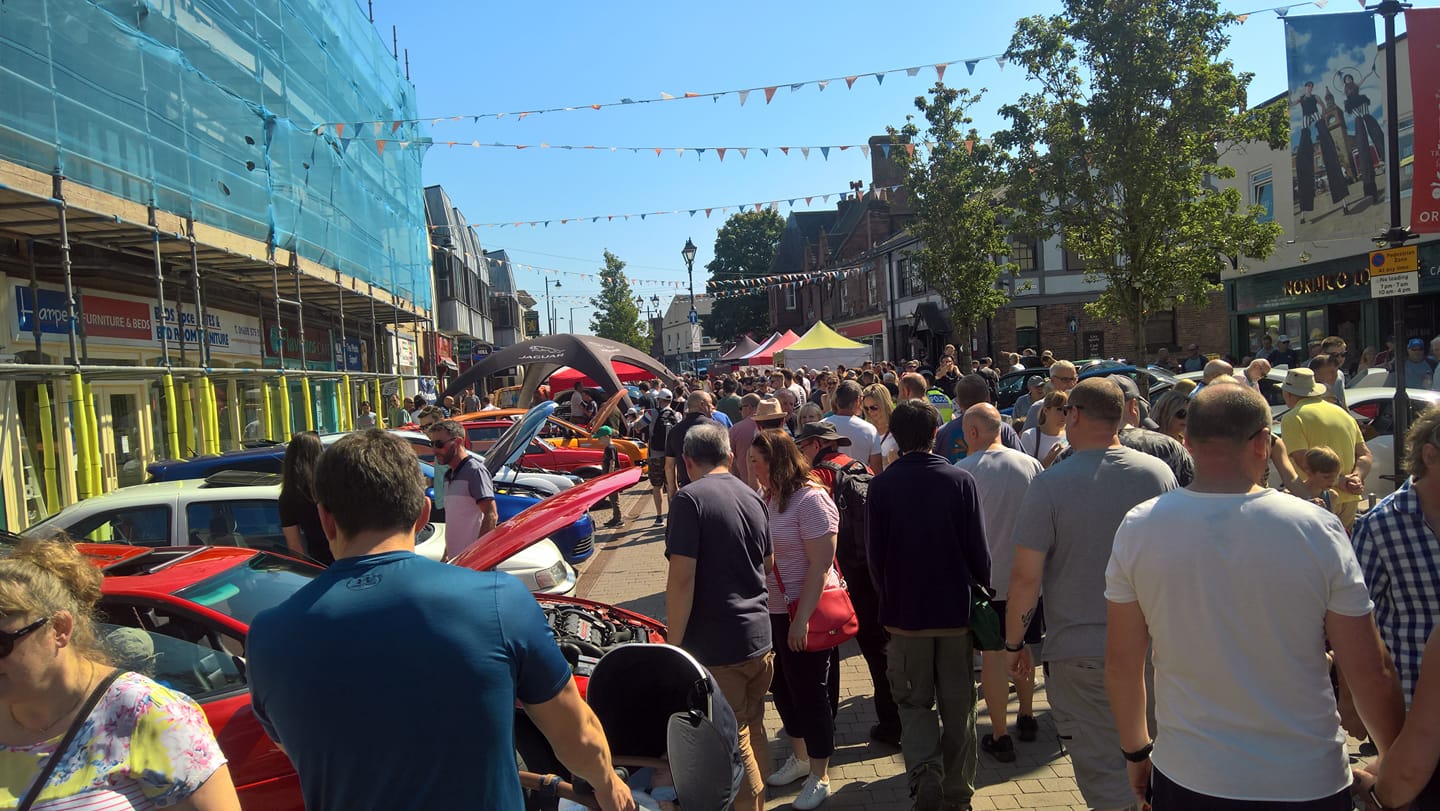 Ormskirk Motorfest is run by Aintree Circuit Club, which is now launching the new Southport Classic and Speed event at Victoria Park in Southport

You can enter by clicking on this link here.

There will be free stand space for car and marque club displays when ten individual members enter their cars.

You can enter by clicking on this link here.

Mike Ashcroft said: “We have a fabulous entry of cars and other vehicles spanning three centuries of automotive innovation, following in the wheel tracks of pioneers such as Charles Rolls, Dorothy Levitt, Sir Henry Segrave and Wilf Blundell, who helped put Southport at the top of the Motor Sport and Motoring tree.

“Southport Classic and Speed will celebrate this superlative heritage in style, for everybody of all ages and interests to enjoy and also the opportunity to experience Southport’s other attractions as a Classic Seaside Town and Resort, especially as the event is a free public event.

“We are hoping for fine weather on the day and a very busy Victoria Park and Grande Parade Route!”

Southport Class and Speed is brought to you by Aintree Circuit Club, and is presented by Cataclean www.Cataclean.com and is supported by Porsche Centre Preston www.porschepreston.co.uk The event is also supported by Sefton Council, Southport BID and Victoria Park Events.

Southport Class and Speed is seeking Marshals for the Parade.