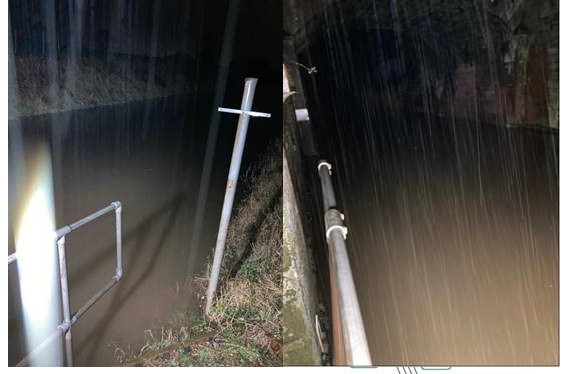 Trains between Southport and Manchester are among Northern rail services which are being badly affected by heavy flooding across England today.

The firm says that rail replacement bus services are in operation on some routes, although “ these may also be impacted by the difficult conditions”.

Rail is falling on already sodden ground and has flooded the tracks in many areas, causing delays and cancellations.

The forecast is for persistent rain throughout today (Wednesday) and further flooding is expected.

Merseyrail services have also now been suspended between Hall Road and Southport due to flooding.

Rail replacement buses are now in operation, with passengers told they must wear face coverings on all buses.

There is also disruption to services on the following Northern routes:

A spokesperson for Northern said: “Rail replacement buses are in operation on many of the affected routes, though these may also be impacted by the difficult conditions.

“The adverse weather is having a significant impact on our ability to operate services across many parts of the north west.

“We are working closely with colleagues at Network Rail to get our services up and running as soon as possible. In the meantime, we’re asking customers who need to make essential journeys to check carefully before travelling.

“The difficult conditions are being experienced across a large part of our network and customers planning to travel today should be aware that any journeys could be affected and they should allow extra time for travel.”