The Eat Out To Help Out scheme “broke all records” in Southport say local business owners.

New figures reveal how over 95,000 meals were claimed in Southport during August thanks to the Government scheme.

It was designed to revive the hospitality industry after it was hit hard by the coronavirus pandemic, encourage people to get back into the habit of eating out and reward families who have endured months of hardship during the pandemic.

It also helped to bring footfall back into our town and city centres.

Eat Out To Help Out has proved so successful that a number of restaurants, cafes, pubs and hotels in Southport are now coming up with their own offers to encourage diners to keep coming out.

A total of 113 outlets in Southport took part in the Eat Our To Help Out scheme, with a total of £587,000 in discounts claimed in the town.

Southport BID CEO Rachel Fitzgerald said: “The scheme has clearly been a proven success in Southport.

“It has been brilliant to see our cafes and restaurants back to life over the Summer and how hard they have worked to make sure Southport is safe for all.

“We do keep urging everyone to continue to support our independent businesses now the discount has ended.

“There are still some great offers in local venues – many of which are listed on our Southport Independents blog along with a searchable directory.

“We also hope to see everyone continue to support the local economy as we continue to recover by gifting someone the Southport card the next time you have an occasion!

“Keeping that spend here in Southport will help make sure these great businesses aren’t lost.”

Rueters: ‘Eat Out To Help out was fantastic, beating all records for Mondays, Tuesdays and Wednesdays’ 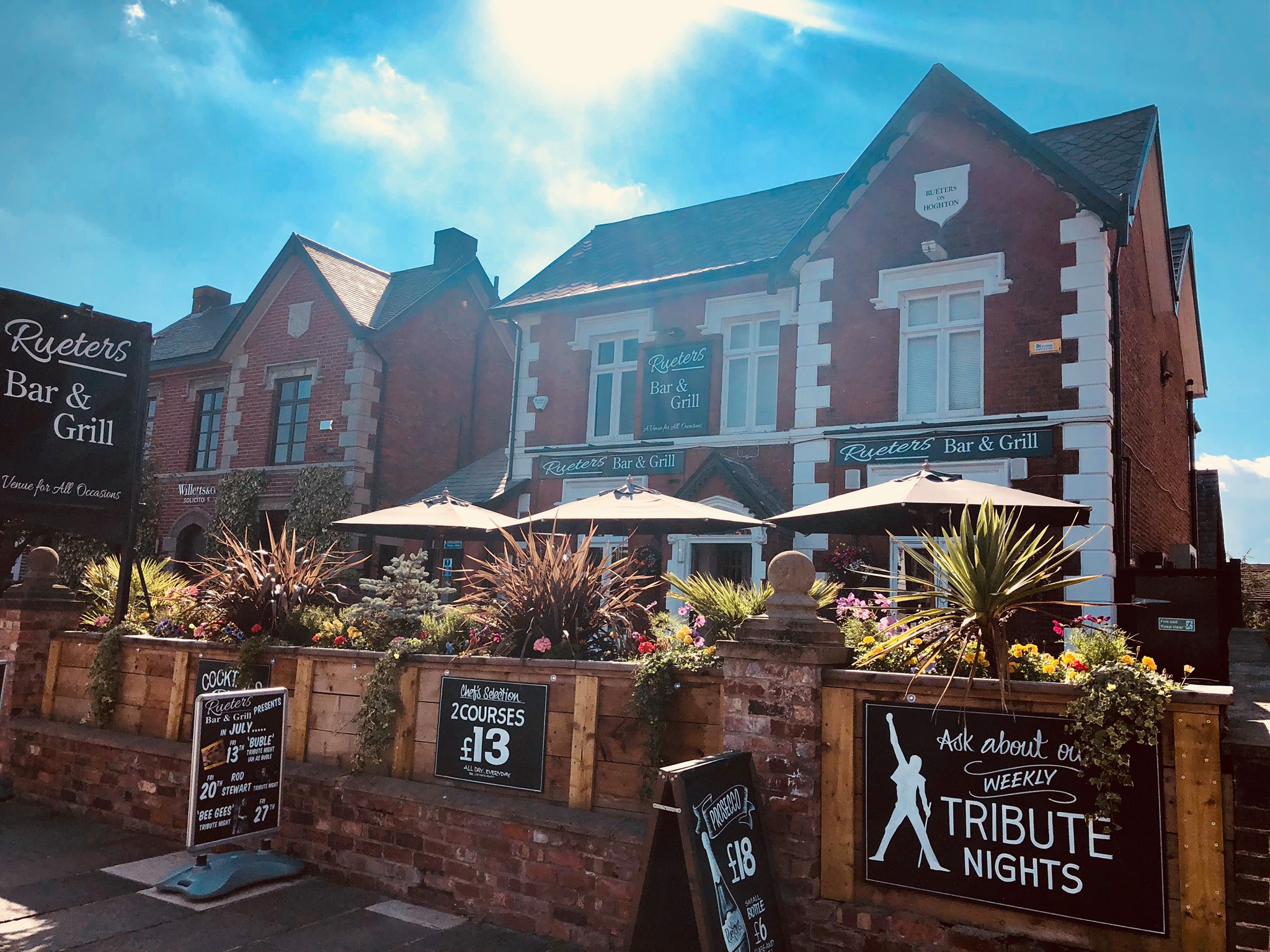 Rueters bar and grill in Southport

Sinclair Hesketh d’Albuquerque, owner of Rueters bar and grill on Hoghton Street in Southport town centre, said: “Eat Out To Help out was fantastic for us, beating all records for Mondays, Tuesdays and Wednesdays.

“It encouraged a tremendous number of new visitors to try us and we are now seeing repeat custom now it is over!

“We completely overhauled our menu during lockdown with the new menu containing tapas dishes and pizzas among the usual favourites.

“This was very popular before the Eat Out scheme, but was helped considerably during August.

“There seems to be a real wish for guests to return to some kind of normality whilst remaining safe.

“We are now offering 25% off food during September and will extend that moving forwards if it proves to be successful!”

Reuters is also among over 70 local businesses which have joined the new Southport Gift Card scheme.

Sinclair said: “I am very interested to see the take up from the new Southport Gift Card scheme. Every little helps!”

Hungry Monk: ‘Eat Out to Help Out was the most unbelievable experience ever’

The Hungry Monk ale house and kitchen in Southport

Paul Dawbarn is the owner of the Hungry Monk, in Cambridge Arcade in Southport town centre, another restaurant which is part of the Southport Gift Card scheme.

They say customers were “queueing out of the door” to enjoy Eat Out To Help Out.

Paul said: “The Eat Out to Help Out offer was the most unbelievable experience ever. To be honest it took us totally by surprise.

“It really affected our service initially, with long waits on food. We could only apologise to customers. But having spoken to other local cafes and restaurants the problems we were having, they were experiencing​ too.

“Staff were working twice as hard with the Covid-19 restrictions.

“The first week we couldn’t cope with the amount of people coming through the door. My staff were working 12 hours shifts without a break.

“We had queues out of the door and the phone never stopped ringing!

“Since that first week we have pulled it all together again and actually taken on four new members of staff.

“We have decided to run the 50% deal on a Tuesday and Wednesday to help protect jobs.

“We are doing the offer on a week by week review depending on the footfall.

“We do feel it has affected our weekend trade, and as we have live music on both Friday and Saturday evenings we are supporting local musicians who haven’t had employment since March, so we are hoping this picks up again soon.

“We are usually fully booked for our Christmas Party nights by now but we haven’t started to advertise them yet as we don’t know what tomorrow will bring.​

“Also I think more people are staying local to Southport, not travelling to Liverpool, which is great for us. Lots of people are enjoying staycations here too.”

Nostalgia tea Rooms: ‘Eat Out To Help Out was a triumph’ 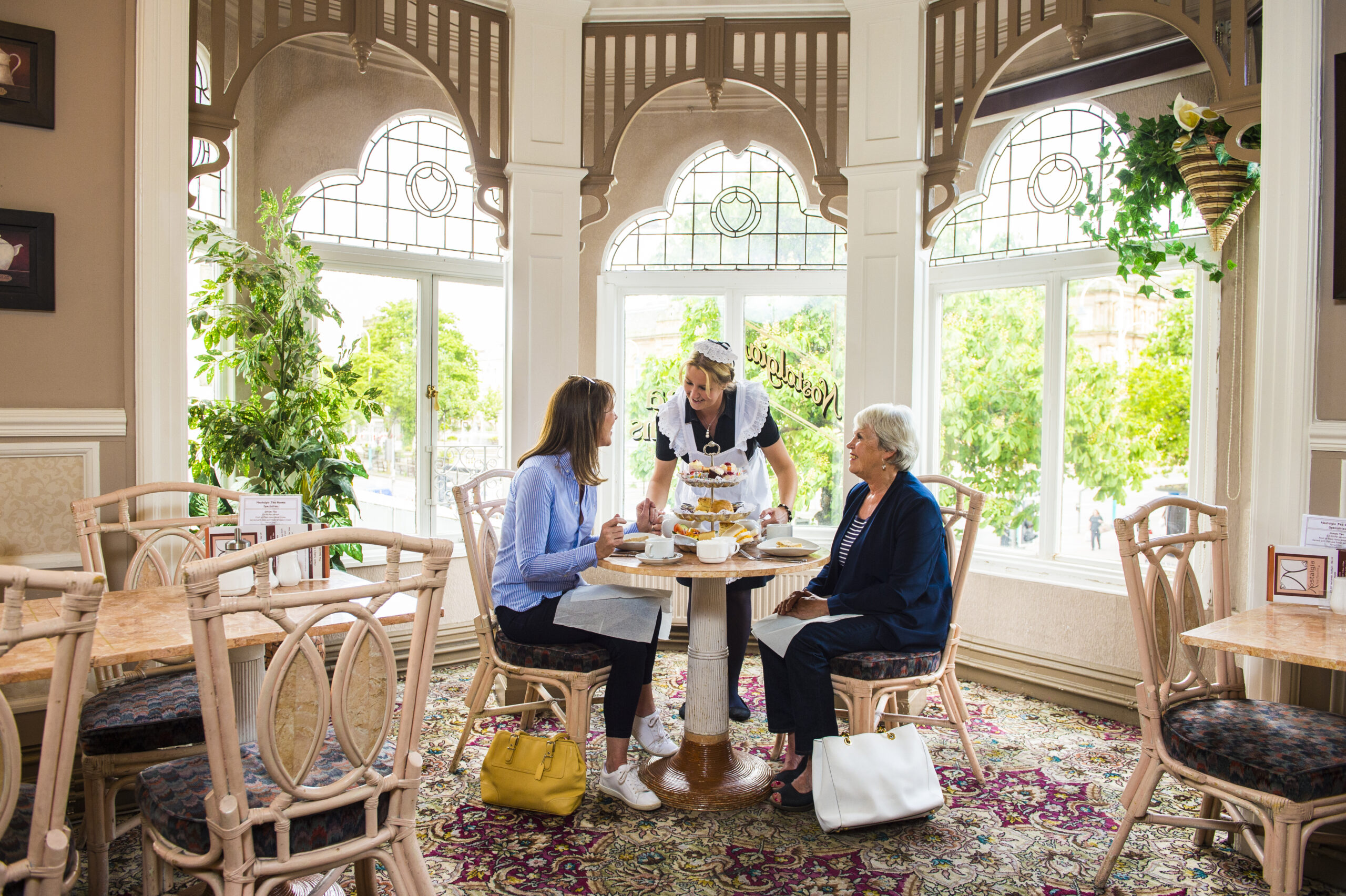 Lynne Rooney from Nostalgia Tea Rooms on Lord Street was delighted by the success of the scheme.

She said: “During the first week of Eat Out To Help out we were ‘over’ busy during Monday, Tuesday and Wednesday, then we were very quiet on the Thursday and Friday.

“But the second week and onwards, we got busier on the designated days and it continued to be busy on Thursday and Friday.

“All in all, the Eat Out to Help Out scheme was a triumph.

“As well as inspiring extra trade, we received lots of new customers who may have not tried us before.”

Lansdowne Bistro: ‘Scheme gave small businesses the chance to showcase what we have to offer’ 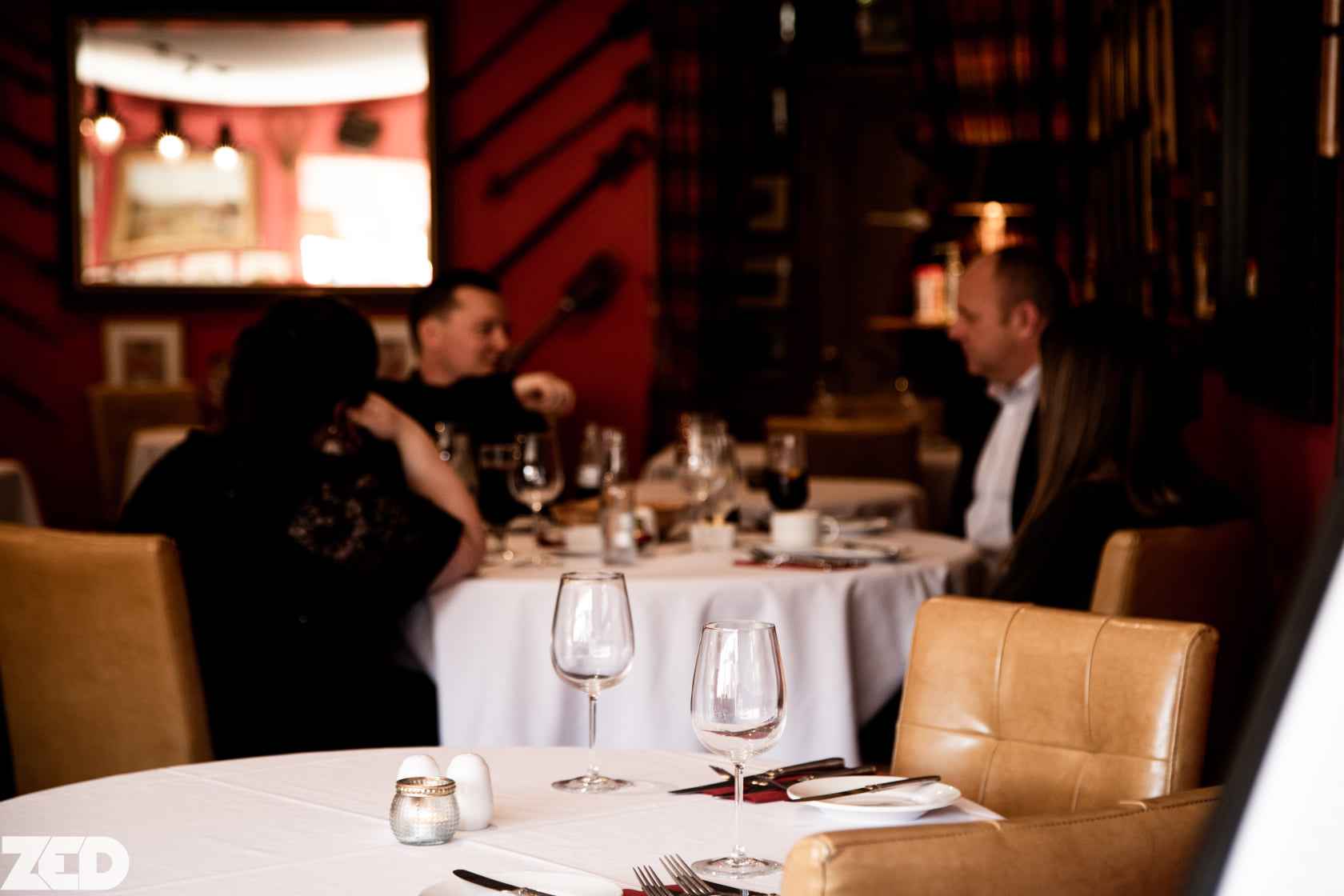 The Lansdowne Bistro in Southport. Photo by ZEDPhotography

Jamie Rae, co-owner of The Lansdowne Bistro on Anchor Street in Southport, said that the Help Out To Eat Out scheme has given his restaurant “a real buzz”.

Jamie and business partner Patrick Tyndall recently took over the running of the venue and they are delighted with how busy it has become.

Jamie said: “For the Lansdowne Bistro, the Help Out To Eat Out scheme has been a huge success.

“Midweek evening services had the busy buzz of a Friday or a Saturday evening.

“Offering people such great savings on their meals made more venues accessible for a wider demographic.

“Lots of people took it as an opportunity to try new venues.

“We firmly believe that it gave small independent restaurants like ours the opportunity to showcase what we have to offer, using great fresh local produce, offering a warm friendly atmosphere and personal attentive service which many large high street brands struggle to compete with.

“We received glowing reviews from both regular and new customers.

“With the scheme funding now over from the Government I would urge people to remember the small independent businesses that strive to deliver excellence in both food drink and service in return for custom and done with passion and flair rather than larger brands with large marketing budgets working on business models designed for volume.

“We at The Lansdowne Bistro would also like to thank everyone who supported us during the Eat Out To Help Out period and to the customers who also supported us on the days the offer wasn’t running, as this was also key to our business thriving.

“We look forward to seeing you all back again soon.”

Nationally, more than 100 million meals were eaten as part of Eat Out to Help Out.

The scheme’s popularity aimed to protect the livelihoods of the 1.8 million people working in the hospitality sector and drive the nation’s economic recovery from Coronavirus.

With the scheme exceeding expectations, by midnight on 31 August more than 100 million meals were eaten by diners, with the 84,700 establishments signing up to the scheme making 130,000 claims worth £522 million.

These numbers are likely to grow, with restaurants having until the end of September to claim back the 50% Government-funded discount applied to bills.

For more details and to buy the card please visit www.southportgiftcard.co.uk