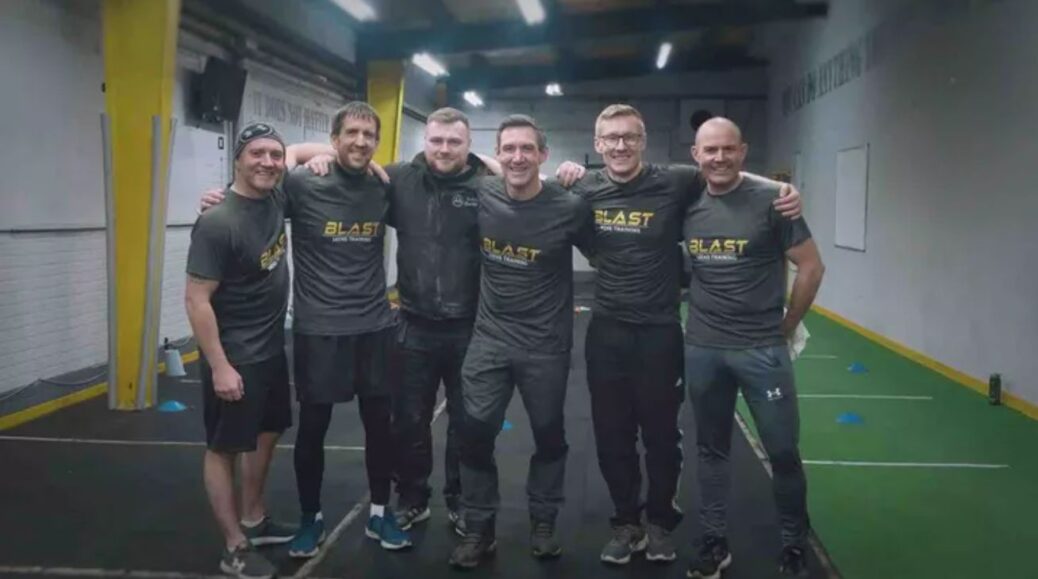 A group of friends are training hard to climb the three highest peaks in England, Wales and Scotland – all in the same day!

The pals, all in their 40s, are asking people to support their ‘24 Hour Mad Men’ mission as they seek to raise funds for Queenscourt Hospice in Southport.

People can donate via their fundraising page here: https://bit.ly/3CEBPz7

It will take a huge effort to complete their incredible Three Peaks Challenge, but they appreciate the huge support they have received so far with almost £5,000 in donations.

They estimate that it will take around five to six hours to climb Ben Nevis in Scotland; five hours for Scafell Pike in England; and four hours for Mount Snowdon in Wales.

The total driving time to get between the three mountains will take around 10 hours.

Craig Sargent will be tasked with driving on the day.

Team fundraiser Paul Blane said: “Do you want to join us in making a difference? Team Mad Men are raising money in aid of Queenscourt Hospice and every donation will help.

“Follow us as we aim to climb the three highest peaks of the UK in less than 24 hours.

“Thank you in advance for your contribution to this cause that means so much to me.”

The huge support from local people already is fuelling the Mad Men’s determination to complete their challenge.

Phil Parkes said: “Only 40% of people that take on this challenge ever complete it. Your donations will ensure we will be in that 40%!

“The idea to do this came from a good friend of mine, Paul Blane, the owner of a local Southport company, Care Business Associate Training.

“We both attend a local bootcamp in Southport – Blast Mens Bootcamp.

“I joined in September last year and have now lost two stone,

“I wanted to join Paul Blane on this challenge to test my abilities.

“I am an ex Royal Marine Commando, who over the years since I left, had let myself go a little.

“We have Mark Poole (owner) and Tom Iddon (coach) from Blast Bootcamp putting us under a gruelling training programme including diet planning to ensure we are ready to complete this highly physically demanding challenge.

“Around 60% of people that attempt this fail. We will not fail as we will be prepared.

“All of the lads attempting this challenge also attend Blast Mens Bootcamp. I didn’t know any of them before joining, but what a great bunch of blokes they all are.

“We have set a target of £5,000 which will all go to the Queenscourt Hospice. Since we launched the page we are already at £4,714! This is fantastic and we cannot thank the generous donors enough.

“Cassie James from Mighty Radio interviewed us and we have had a huge response since. “Cassie continues to promote our charity event and we will be going back onto her show before we embark on the Three Peaks Challenge.

“We also have Richard McNally who is our videographer and media master, he is doing the challenge with us and will be documenting and producing video footage of our training and the actual challenge.

“Richard has to be fitter than all of us, as he will be running ahead up the mountains to video us and take pictures as we attempt to climb and descend each peak as fast as we possibly can!

“Richard is doing this off his own back and is not charging us for his services. Richard owns a local Southport based company Resonates Media and is a legend with a camera.

“We have a Facebook page called 24 Hour Mad Men which currently has 250 followers, when we reach 400 followers we will be launching a charity auction with some fantastic prizes for the highest bidder, keep watching the page for further details on this.

“The minibus is being provided by Southport Learning Trust and we would like to thank them and Ged Whittle for organising this for us.”

The Mad Men are raising money for a superb local charity – Queenscourt Hospice, which is based on Town Lane in Southport.

Paul Blane said: “Queenscourt Hospice ensures that life is for living for those with far-advanced and progressive terminal illness by providing symptom control and holistic care for patients and their families, along with educational support for their professional carers, to enable them to stay at home as far as possible.”

People can donate via their fundraising page here: https://bit.ly/3CEBPz7